IMAN’s 2011 End of Year Dinner, being held on Sunday, December 11th, will feature an Art Exhibition of Arabic calligraphy and street art by the artist eL Seed. A longtime supporter of IMAN, eL Seed has previously painted live at IMAN events such as Takin’ It to the Streets (2010) and Community Café (2011). 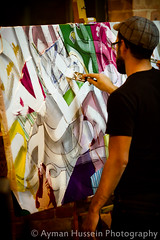 At IMAN, our work with the arts grows out of our deep grassroots engagement. We locate our work at the intersection of many worlds: Spirituality and activism, art and policy, urban and suburban, traditional and modern, high end and street art, Muslim and non-Muslim, East and West, etc. We also believe that art, which explores our realities and is true to our experiences, is one of the best and most beautiful ways of achieving these reconciliations.

Accordingly, eL Seed and his art have a special connection to IMAN’s work, since they are nourished by myriad paths of experience and multiple sources of inspiration. In his own words:

“His art is a mixture of street art and Arabic Calligraphy. It is the product of a double marginality, that of an oriental art seeking a voice in the occidental world, and that of street art struggling to legitimize its presence on the contemporary art scene. This duality enables the reconciling of two supposedly opposing worlds and two supposedly clashing cultures.”

eL Seed’s art aims to bring audiences into a space where Other experiences are brought into view, made intelligible and connected to their own experiences. Elan magazine recently featured an interview with eL Seed in which he talks more about his life, experiences, inspirations and art.

One more thing that eL Seed and his art have plenty of is, of course, soul. After all, IMAN’s End of Year Dinner is “A Celebration with Soul.” 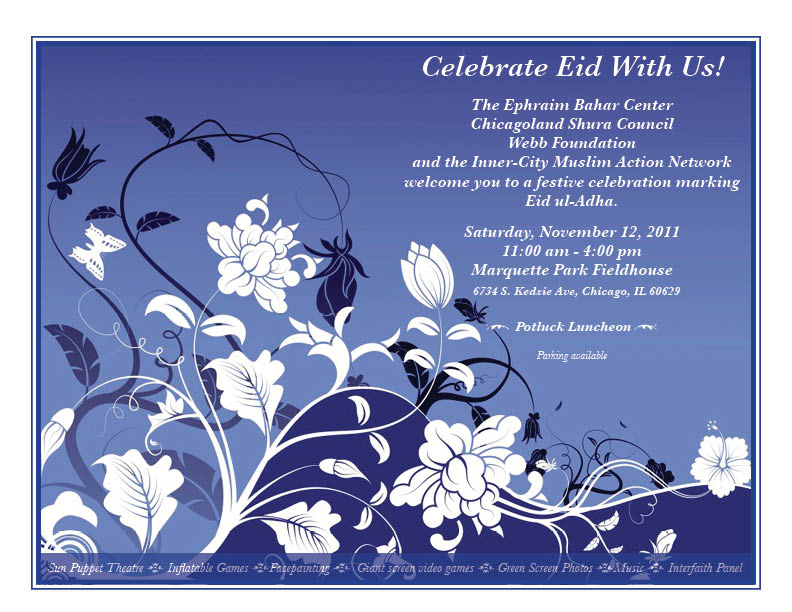