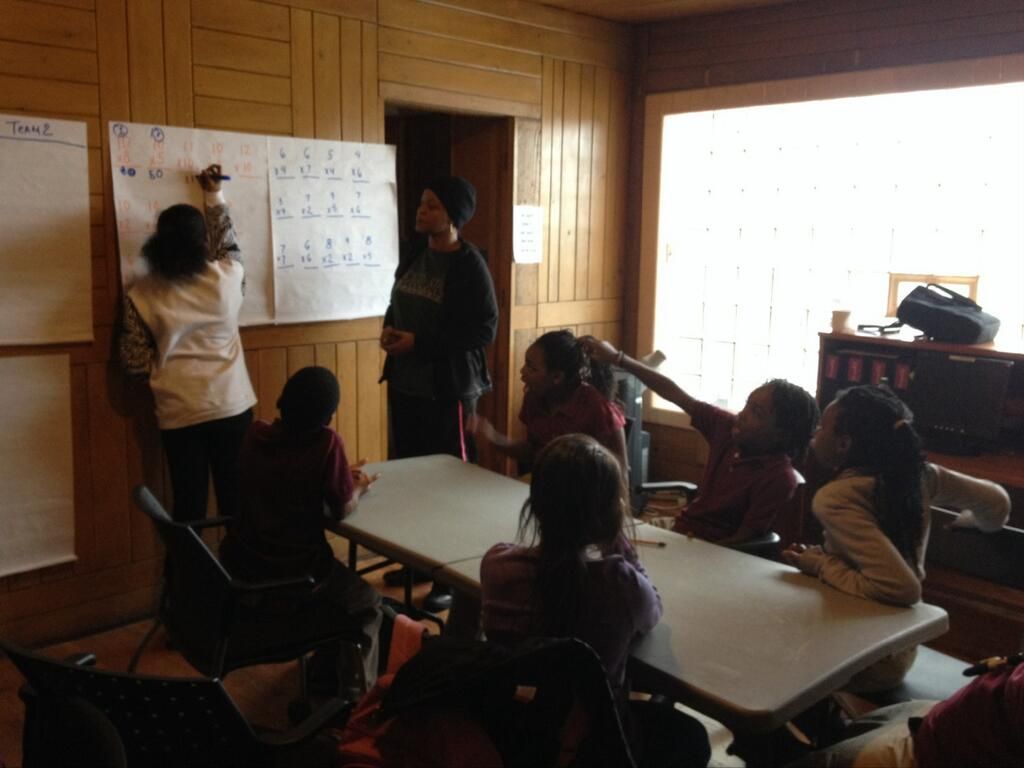 As a part of IMAN’s larger goal of developing creative, empowered and rooted youth leaders, our youth development programs are key contributors to nurturing and sustaining the dynamism of young people within our work.  Our aim is to help empower youth by enabling them to foster relationships outside of both school and home, and learn skills that will help them impact social justice issues that affect young people across Chicago and the nation.  In 2014, IMAN is expanding its youth leadership programming by working in partnership with Fairfield Elementary Academy.

Our new IMAN Superstars After-School Enrichment program is geared toward fourth, fifth and six graders who will learn the importance of community awareness in safe spaces that improve overall health and wellness as it relates to school work, family and community. We’re also excited about the start of another session of our flagship program Digital Media Masters.  Digital Media Masters is a hybrid program that consists of media and journalism training, youth organizing, and media marketing.  The program empowers students to create and distribute digital media through the Internet using the latest tools, techniques and open-source software.

Be an agent of change: IMAN’s Youth and Organizing Department is looking for volunteers to mentor elementary school youth, Monday-Friday from 3:30-5:45pm. Volunteers are asked to commit to at least one day a week. Contact Youth & Organizing Director Shamar Hemphill (shamar@imancentral.org) or Organizing Fellow Farhana Arif (farhana@imancentral.org). 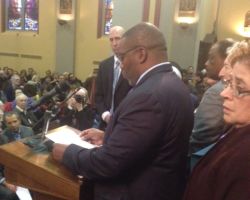 On Sunday, January 19, IMAN mobilized close to two dozen of its key leaders and organizers to be part of a larger direct action organized by United Power for Action and Justice. Packing Ascension Church in Oak Park, organizers put forth three major policy-related asks to Illinois Governor Pat Quinn, who was also in attendance. IMAN joined the action as a member organization of the Southwest Organizing Project (SWOP) and in order to continue its long time organizing commitment to confront the issue of foreclosures in low-income neighborhoods such as the one IMAN is situated in.  One of the three policy-related asks that day centered on the housing crisis in our Marquette Park neighborhood.

Over the years, IMAN has invested a tremendous amount of time and resources in confronting the consequences of this issue and proposing creative, viable and community-based solutions to it. Both the Multifaith Housing Reclamation Campaign that IMAN convened with the Jewish Council of Urban Affairs and its Green ReEntry program emerged out of the thrust to offer organizing and programmatic responses to this complex and pervasive challenge faced by low-income communities in Chicago and in other urban centers around the country.

One of the culminating moments of that day in the Church centered on a powerful testimony that IMAN leader and Project Restore Industries president, Rafi Peterson, offered about our collective effort to acquire, rehabilitate and repopulate vacant and vandalized properties in and around the IMAN community. The Governor pledged to invest three million dollars in the state’s work with major organizations in the area to further develop and rehabilitate these properties. IMAN is hoping to work with SWOP and leverage some of these resources to increase its Green ReEntry work, as needed to meet the scale of the housing challenge in the area.

Every year, IMAN commemorates Dr. Martin Luther King, Jr. Day by honoring the larger civil rights legacy of working for social justice and racial equity, particularly in neighborhoods like the one in which IMAN is based. This year, on Monday, January 20, IMAN marked the day by officially launching a community-wide and historic initiative to create an MLK Memorial Project in Marquette Park, and by holding a free community luncheon in its new and partially rehabilitated IMAN Youth and Arts Wellness Center.

The MLK Memorial Project will be a two-year effort to construct a memorial that commemorates Dr. King’s march through Chicago’s Marquette Park on August 5, 1966.  The Memorial will also celebrate the struggles and commitment of diverse local communities that have, since that day, continued to work together toward realizing a dignified quality of life for all community residents. By connecting community organizatio 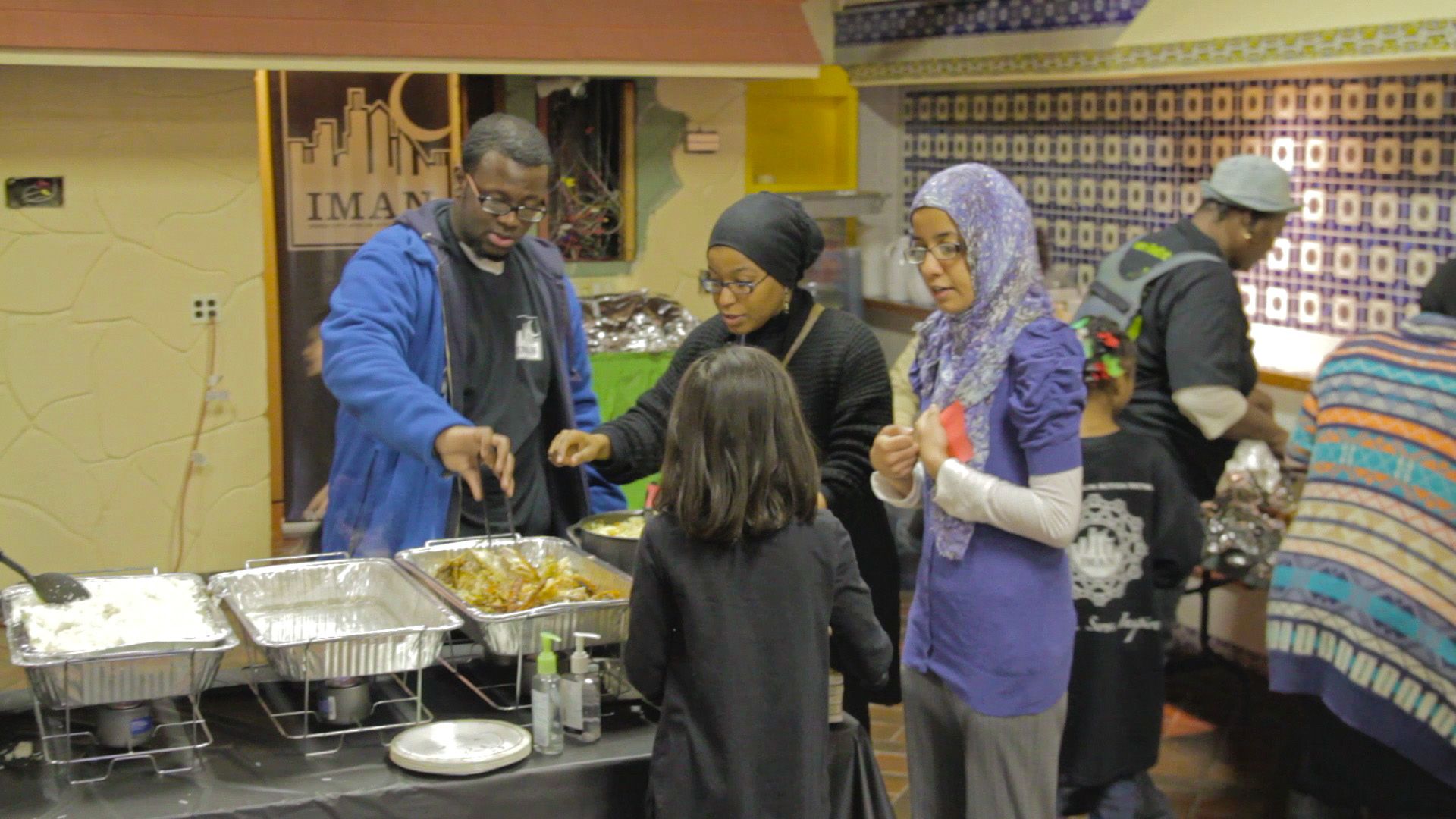 ns, public schools, religious institutions and neighborhood families with artists, local historians and participants in the 1966 walk, IMAN intends to build a dynamic and expansive team of people who are eager to establish a Marquette Park memorial that will bring enthusiasm, vitality and community spirit back to the neighborhood. IMAN is partnering with the Chicago Public Art Group to construct the memorial, while funding from the Illinois Department of Commerce and Economic Development was made possible by the leadership of State Senator Jacqueline Collins.

IMAN leaders and volunteers were also honored to hold a free community luncheon that day. Individuals and families from IMAN’s larger Chicagoland base of supporters and leaders, such as families from the Hyde Park River Garden School, teamed with local leaders from the Chicago Lawn community to hold a restaurant-style luncheon for local residents. Volunteers as young as four years old helped to serve homemade turkey, rice, vegetables and chocolate cake to local parents, educators, construction workers, store clerks, retired couples and children off of school that day. IMAN staff also used the opportunity to inform new faces about IMAN’s services and to formally announce the launch of the MLK Memorial Project.