“We are a team. One unit, and one chain. We succeed by strengthening each other.” Antonio Jasper, 25, and Ishmael Tillery, 21, recite these powerful words every day alongside their eight fellow Atlanta Green ReEntry cohort members. 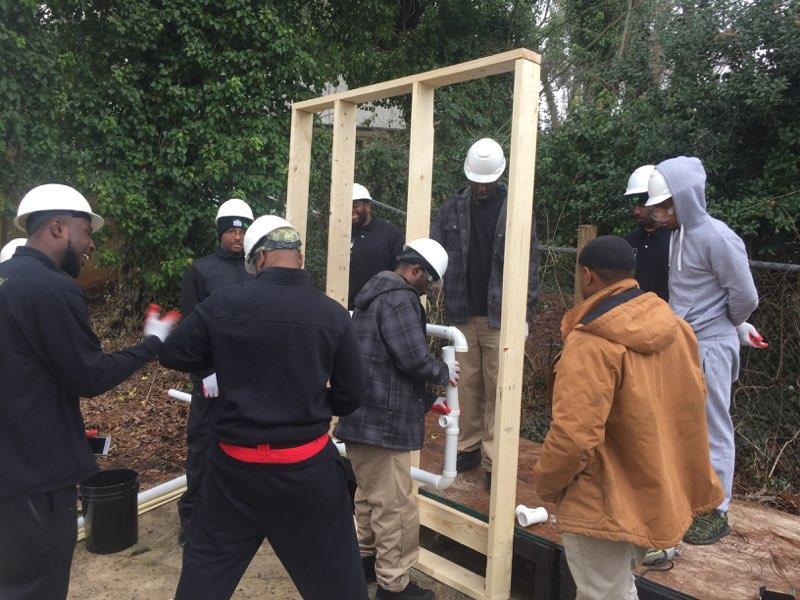 Currently living in a transitional home after completing his prison sentence, Antonio heard about Green ReEntry from a mentor: Ms. Patricia Bennett, CEO of Empowering Men and Women on the Move. Antonio was incarcerated at a young age, and thus has not had the opportunity to amass any work experience. After being admitted into the program, he has eagerly embarked on gaining the knowledge and skills that were previously denied to him.

“All I had growing up was the streets, selling drugs. I was in an environment where people were shooting folks. You gotta hide from the cops, gotta constantly look over your shoulder. [But here in Green ReEntry] you can talk to people. It’s a positive environment. Everyone is helping each other to succeed, so that I won’t go back down the same road.”

The brotherly bonds with his instructors and peers motivate Antonio to make positive contributions to this year’s cohort to redirect his life trajectory toward a stable career. In five years, he hopes to attain “master plumber” status, and help create a healing environment for young men in his community.

Ishmael joined the program to explore his passion for plumbing. He hopes to one day work alongside Jermaine Shareef, a certified master plumber and Atlanta’s Green ReEntry Manager. While not a returning citizen himself, Ishmael deeply values the strength and camaraderie of the Green ReEntry brotherhood. “It’s a respect thing. Your background doesn’t matter, because you’re here now [to improve yourself]. We’re here to uplift one another.”

Reflecting on the new cohort, Shareef proudly states: “These guys want to be part of a powerful and meaningful change to prevent others from falling victim to the system.”