We are proud to announce our Spring 2018 graduates from the Green ReEntry program in Atlanta! These men began the journey as strangers this past January, and finished together as brothers. 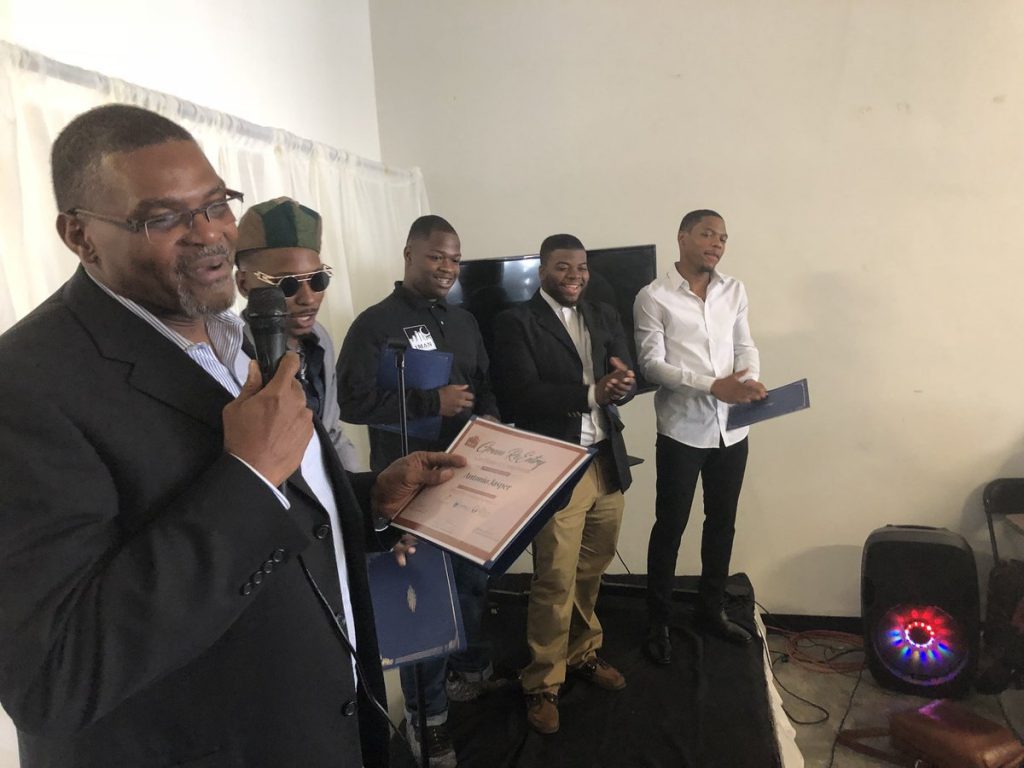 The group of ten, led by Green ReEntry Manager Jermaine Shareef and Case Worker Arthur Majid, worked tirelessly to complete a 12-week, intensive vocational training course in plumbing, and to achieve personal and spiritual growth. The Green ReEntry brothers were surrounded by love and support from community members and loved ones who attended the graduation, as they received special recognition for their accomplishments during the uplifting and moving ceremony, which was held in Atlanta on April 21st.

Among those celebrating these extraordinary men was AJ Sabree, former Director of Reentry Services for the Georgia Department of Corrections. He reflected on how essential reentry programs are to communities like the West End area in which IMAN Atlanta operates, and the importance of providing resources necessary to confront the lingering challenges of mass incarceration.

Now that they have reached this milestone, these brothers are ready to apply both their job and life skills as they transition back into the community. They are focused on securing gainful employment and housing, and are seeking to rebuild connections with their families while remaining involved with IMAN’s work.