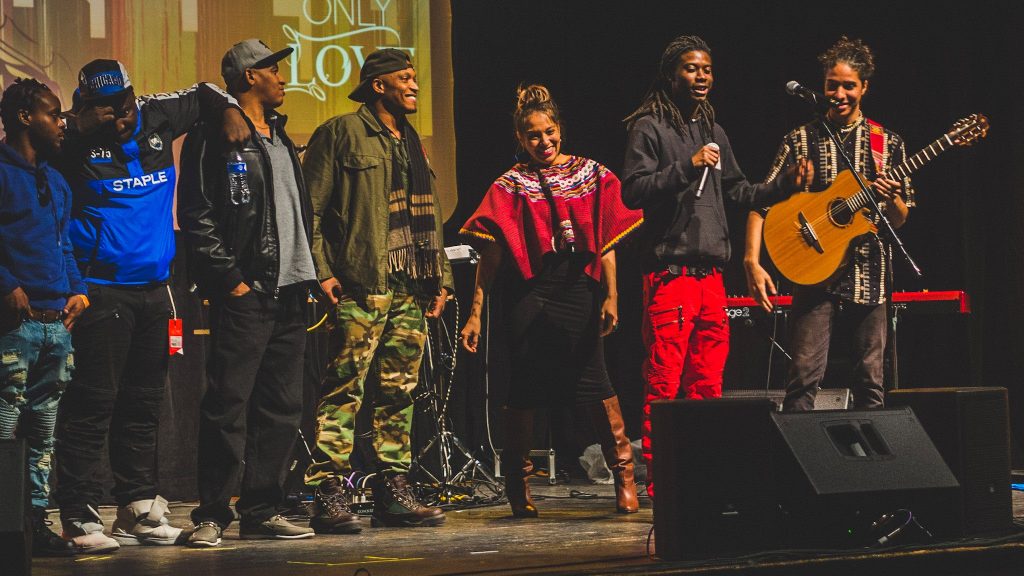 IMAN hosted its first Sacred Cypher residency featuring longtime arts leader Liza Garza, an Emmy-nominated artist, activist, healer and poet. Liza’s work is rooted in her passion for love and oneness, and powered by transformative, intentional listening. Her residency, entitled “Story Cyphers”, used a unique methodology called “story circles”, which originated as a tool used in the Civil Rights movement to create space for people of different races to address and overcome differences.

The residency week began with Liza facilitating a series of story circles in collaboration with IMAN’s Green ReEntry program participants and members of the Behavioral health team where stewardship ultimately will be passed to the participants who will then bring the process into the community by hosting their own story circles. Tuesday evening, attendees of IMAN’s weekly Power Hour were moved by the performance that Liza and her son, Eli Lakes, gave. Wednesday evening, Liza performed at IMAN’s MLK commemoration ceremony at the Marquette Park Field house. Thursday was a powerful moment filled with meaningful conversations and a surprise guest, Chicago rapper, Common. Friday, members of the IMAN community and local artists, joined Liza for a post jummah spiritual cypher session.

This residency coincided with IMAN’s Only Light, Only Love week which also included the Illuminating Love Ceramic Workshop on Monday. This workshop allowed for a diverse and intergenerational group of Chicago community members to shine light via creating an oil burner. 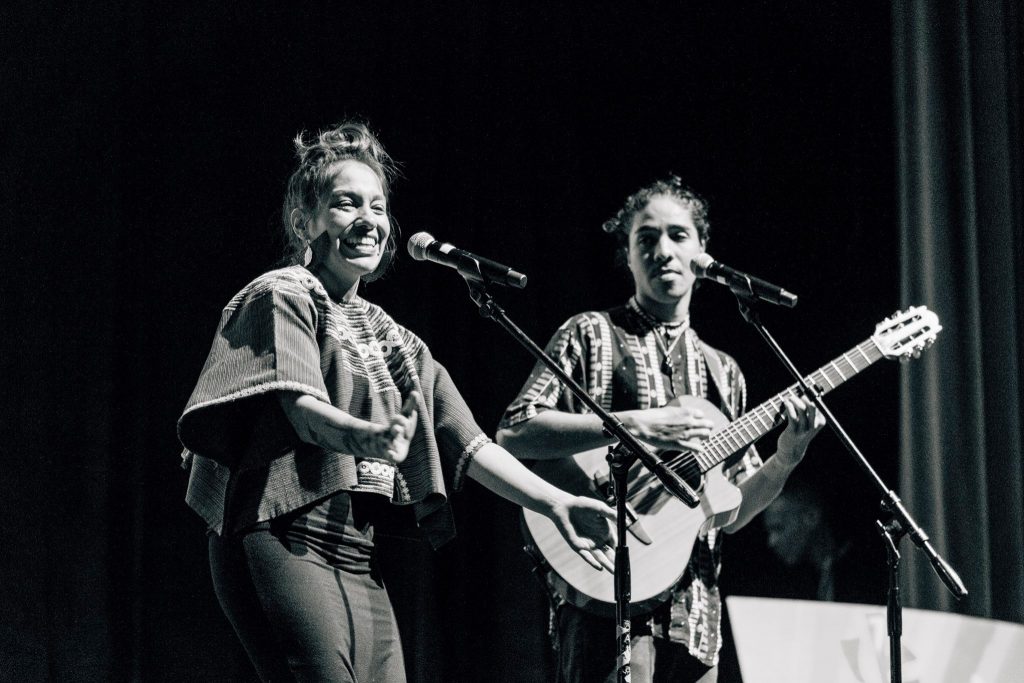 Coming up: IMAN’s arts and culture department is just getting started with ceramic classes, live performance engagement at corner stores, community cafes, and artist residencies. Our next residency features visual artist, Kelly Izdihar Crosby from June 7th through the 13th. If you are interested in getting more intimately involved with IMAN’s arts work, please email arts@imancentral.org.