On September 26th, artists from Senegal and Egypt joined IMAN at the South Shore Cultural Center for a special edition of Community Café. The event was held in collaboration with the Chicago World Music Festival, a week-long festival that brings diverse artists from around the world to a variety of Chicago venues. 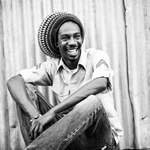 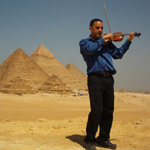 Next came headliner Riad & Takht, an ensemble of musicians from Egypt. Made up of composer and violinist Riad Abdel-Gawad and his ensemble, or ‘takht,’ the group’s Middle Eastern instrumental music provided a distinct and complimentary contrast to Meta’s African rhythms. Alongside the headliners, DJ Man-o-Wax entertained the audience throughout the night with an international, eclectic fuse of rhythms.

As IMAN’s Community Café took place in the midst of flood relief efforts in Pakistan, the event was also held to raise awareness and funds for Pakistan’s dire situation as a result of this historic flood.