Chicago Public Schools will distribute free meals every day for any child in need during the closures — whether the child goes to a public school or not. The meals will be available 9 a.m.-1 p.m. Monday-Friday at pickup spots outside every school. You do not need to go to your child’s school; you can go to any CPS school to pick up the food. The kits will include up to three days’ worth of breakfast and lunch for every child in a household. 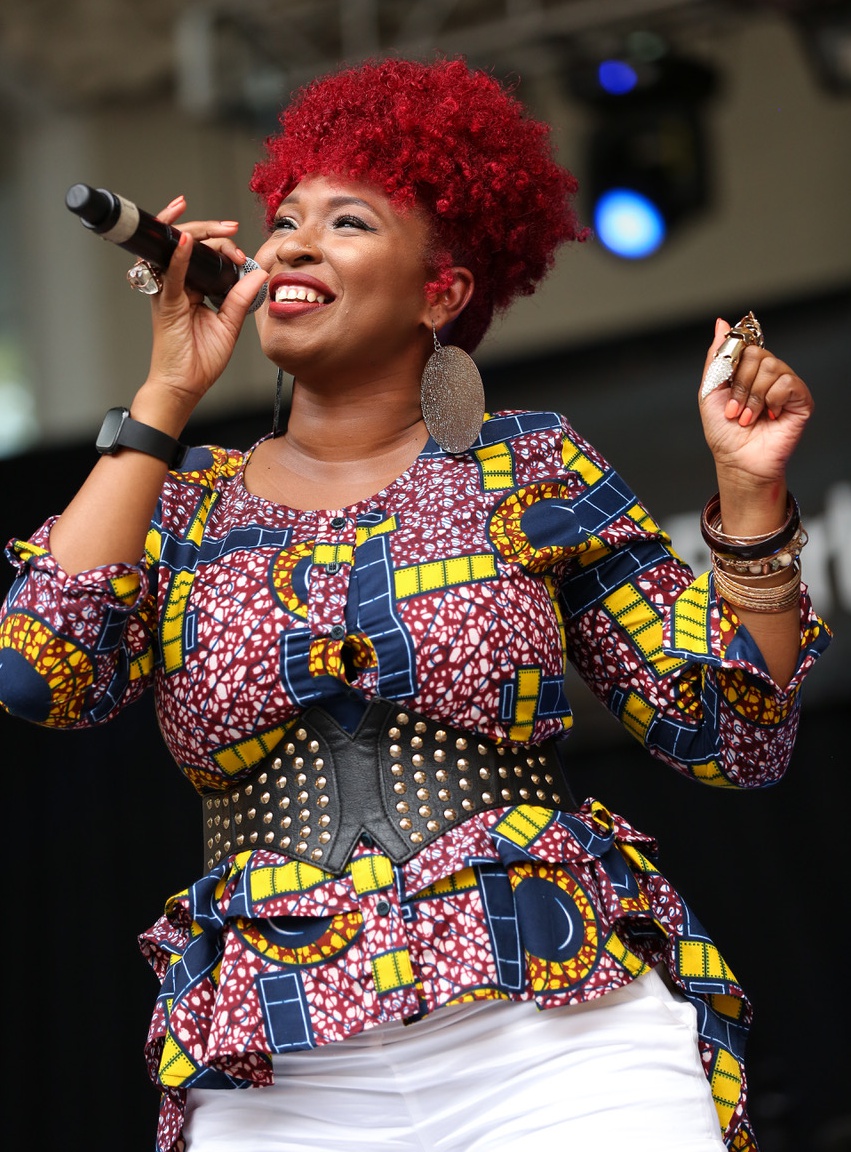 We are excited to announce IMAN Roster Artist Maimouna Youssef’s summer tour in collaboration with IMAN and Pillars Fund. She will be joining hip-hop legend Common for several shows on his “Let Love” tour, as he premieres his book called “Let Love Have The Last Word”. This multi-city tour deepens IMAN’s Arts & Culture work by lifting up the voices of other spiritually rooted, socially conscious, and spatially relevant artists on the current Roster, uniting disconnected people and facilitating transformative collective healing in order to radically reimagine the world around us.

Maimouna Youssef, also known as “MuMu Fresh” is a Grammy-nominated singer, songwriter, activist and acclaimed hip-hop artist who was featured on NPR’s “Tiny Desk Concert” performance series, has been called a “quadruple threat” by The Roots’ Black Thought, and “groundbreaking” by Oscar and Grammy-winning artist Common.

Maimouna is a Baltimore native of Choctaw, African American, and Muslim heritage who was born into a family of exceptional artists deeply rooted in spirituality and activism. She began singing traditional indigenous and African songs at four years old and began her music career at 16 years old. Her deep history with IMAN traces back over a decade to multiple performances at Takin’ It to the Streets, CommUNITY Café, and Artist Retreats, as well as high-level consultations with our Arts & Culture team. She has captivated audiences with what has been described as a “unique” and spiritual” experience and we are excited by the ways that this tour and partnership will continue to celebrate Maimouna’s deep connections to Native and Muslim traditions and identity alongside her longstanding commitment to IMAN’s work and vision.

This summer she is also gearing up to release a much-anticipated album called “Chasing Goosebumps II: The Healing” produced by world-renowned DJ Jazzy Jeff and artists from The Playlist Collective. Maimouna will share this music during the upcoming tour, spreading the message of healing, resilience and empowerment. 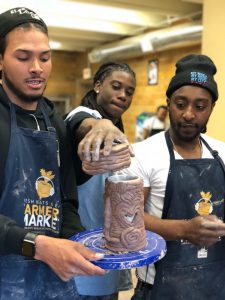 During the spring months, IMAN hosted weekly classes helping visitors of all ages to hone their creative expression inside the Beloved Community Ceramics Studio. Led by newly hired Ceramic Studio Coordinator Ariya Siddiqui, the classes encourage mutual connection and mindfulness. Students are asked to put away their phones, ground themselves in the space, and engage their classmates by learning more of their stories. “Not only is art healing, when we create art, things buried deep within us manifest to express something essential and beautiful,” said Siddiqui. By infusing IMAN’s relational ethos into the ceramics curriculum, participants are able to become more comfortable expressing the highs, lows, challenges and successes informing their art.

IMAN ensures that its arts programming is socially conscious in an accessible, relevant way for community members. This spring’s ceramics classes have integrated a wide range of students’ interests: from indigenous rights struggles to familial bonds, and from love of jazz to favorite foods. Participants in the studio are encouraged to holistically engage with each other, and also with their projects.

Classes are offered seasonally at the Beloved Community Ceramic Studio, and the Summer Session will begin Monday, July 29. There is a small tuition charged for classes, but limited scholarships are available. Stay connected to all the latest IMAN Arts & Culture updates by following us on social media @imancentral and with the hashtag #IMANArts. Interested ceramics students may learn more about upcoming classes and register by contacting arts@imancentral.org