IMAN and our community organizing leaders are excited about the impact that our flagship Muslim Run campaign can have in 2014.  This year, we have a new partnership with R.A.G.E. (Residents Association of Greater Englewood), a grassroots organization that is planted in the heart of Englewood. Our partnership with R.A.G.E. allows IMAN to go even deeper with (1) the four corner stores we have been working to transform through relationships between residents and store owners, (2) the transformation of Mali Mart, our key partner store, and (3) working to increase better business practices overall.  With these deepening efforts and new partnerships, Muslim Run continues to move forward in producing a viable solution to the crisis of food deserts and in promoting healthier communities on the South and West Sides. 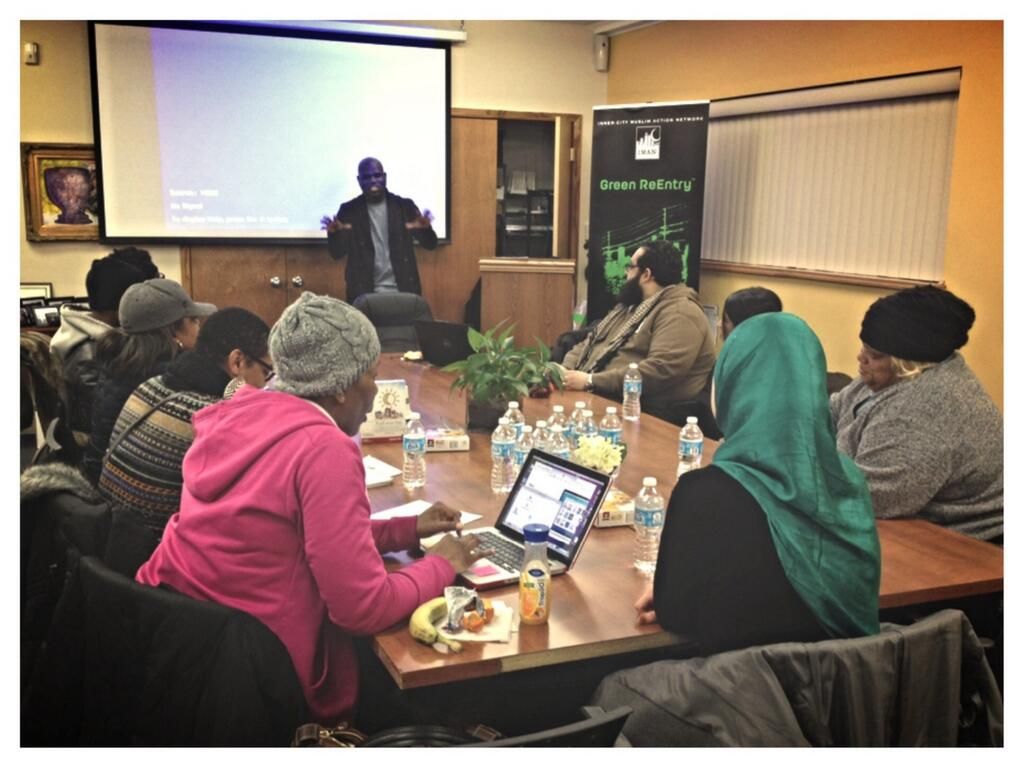 The Muslim Run Campaign developed as a visionary call to address the long history of harmful and unjust business practices, escalating racial and ethnic tensions, and unhealthy food options at corner stores throughout the inner-city. Since 2007, it has evolved into a campaign that focuses on four critical points: developing an alternative business model for Muslim-run businesses on Chicago’s South Side, using policy to promote lasting change in the food justice arena, launching an education campaign that stresses the benefits of leading healthier lifestyles and healing racial tensions between Muslim store owners and their patrons.  As this campaign has gathered momentum in the past the three years, IMAN has created a set of principles, a 10-point Statement of Intent, that we want the corner stores to base their business practices on.

The four stores we hope to have impact during 2014 are: