2011 has arguably been the most progressive and successful year of IMAN’s ongoing Muslim Run Campaign for Health, Wellness and Healing. In contrast to the big-business based solutions to food desserts that would see massive grocery corporations open their smaller, less staffed and less stocked storefronts in the very same places that their premium stores abandoned, Muslim Run is promoting a vision that still values local ownership and small businesses. We believe that if this campaign can demonstrate the ability to mobilize an entire community to work with storeowners to produce a store model that is dignified, beautified and respectful, we can reduce and eliminate the need for any chain grocers in low-income communities across the city and country.

This year, four stores in the West Englewood community of Chicago signed on to IMAN’s campaign; Payless Grocers, our most continuous and committed partner, Stop Shop Mini Market, Eddies Food Mart and Miami Foods. These stores were secured after several months of outreach and relationship building that has culminated in opportunities for the community, the stores themselves, and IMAN’s overall vision. In addition to receiving new signage and other help to increase food traffic, each store will become a site for the distribution of IMAN’s health and wellness education curriculum. Developed with IMAN’s Arts and Culture department as well as the Free Health Clinic, the curriculum will be a holistic program that addresses living healthy lifestyles and the dynamics of inner-city stores and community relations. Through a partnership with Chicago’s Healthy Places initiative, one store will receive resources for beautification such as lighting and floor repair, as well as new refrigeration. We are proud that this year alone, both Payless Grocers and Miami Foods have begun to clear out space in their stores for new produce sections and begun conversations with local residents about what types of foods they would like to see offered. 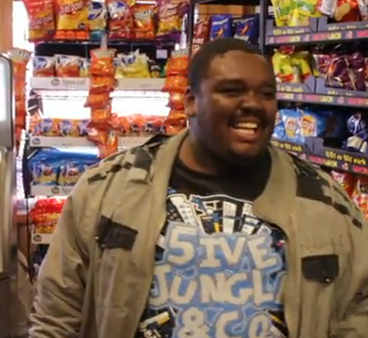 With the continued support of our leaders on the Muslim Run steering committee and working groups who really pushed the campaign forward this year, we expect 2012 to be even more productive. In addition to the full implementation of the grassroots education curriculum within the stores themselves, IMAN plans to host nearly 30 residents and storeowners in training that will build strong relationships and increase awareness around healthy living and policy education. While the Illinois legislature approved the Fresh Food Fund in 2010, they have yet to appropriate funds so IMAN will continue to push forward on this effort with increased advocacy in both Chicago and the state capital of Springfield. 2012 will also witness the fusion of art and organizing at IMAN in a very organic way as we dedicate at least one Community Cafe to educating and mobilizing around the campaign, including an interactive workshop the next day showing the audience how to truly engage with these sometimes-evasive issues.

The landscape of food access in inner-city Chicago has changed over the past five years and Muslim Run has been able to adapt and remain a viable program for community members and storeowners. While 2011 brought great strides, we understand that the success of this campaign is contingent on the development of a sustainable and replicable model that can be used in low-income and inner-city communities across the country. Each step in this process toward creating a more just food environment has brought clarity about the complex nature of the problem. So long as community residents continue to buy in, store owners continue to partner, and you, our base, continues to support our work, we’re confident that the Muslim Run Campaign for Health, Wellness and Healing is better positioned now than ever before to bring real, systemic change to the Southwest Side of Chicago.

One Response to Muslim Run’s Next Phase