On Monday, May 12, IMAN will be one of the hundreds of sites across the Chicagoland area hosting a community discussion as part of the Chicago Community Trust’s (CCT) On The Table campaign.  These conversations are being held on the 99th Anniversary of this important community foundation. IMAN has a long history as a grant recipient and partner with the CCT, and our Executive Director, Rami Nashashibi, sits on the steering committee of this important city-wide event. 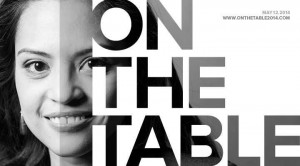 IMAN’s On The Table Discussion will be led by our Directors of Youth and Organizing, and Arts and Culture and will focus on how the legacy of Martin Luther King and the movement for access to dignified housing and quality of life is still relevant to youth and families in and around Marquette Park.

The discussion is part of the MLK Memorial Project: An effort that IMAN is leading with the Chicago Public Art Group and other local leaders and institutions.  “The MLK Memorial Project will help make the Marquette Park area a Chicago cultural destination that will bring to light a difficult but inspiring part of the King legacy in our city that is often overlooked,” says Rami Nashashibi, IMAN’s Executive Director. .

By connecting community organizations, public schools, religious institutions and neighborhood families with artists, local historians and participants of the 1966 walk, IMAN intends to build a dynamic and expansive team of people who have been laying the foundation for this memorial for several years. “We know how art and the artistic process can bring enthusiasm, vitality and community spirit back to a neighborhood,” says Chicago Public Art Group director Jon Pounds.

“The Marquette Park neighborhood is one of the most unique and diverse working class communities in Chicago, yet little is heard about this community outside of violence and poverty statistics,” Nashashibi reminds us.  There is yet no permanent structure in place to acknowledge 1966’s national march against some of the most vicious and hateful segregationist policies of that time, or the local struggle since then to realize a dignified quality of life for all community residents.

The initiative will also launch a local artisan workshop for artists and leaders to hone their creativity and craft, and sell their artwork. Housed in IMAN’s new Youth and Arts Wellness Center, the workshop will act as a hub for artists and provide a vital space for community building, social entrepreneurship, leadership development and nurturing creativity.  “This is an idea whose time has come and I can’t wait till we unveil it to the world, on the 50th Anniversary of King’s 1966 march in Marquette Park,” said State Senator Jacqueline Collins who helped lead the fight for resources to launch this project.