IMAN has taken CommUNITY Café on a road trip of different Chicago neighborhoods, in a symbolic and substantive effort to share and connect stories from our city’s often disconnected neighborhoods.  The last Café of 2012 was also the first in this series of four road shows, which will build momentum and excitement, across the City, leading up to Takin’ It to The Streets 2013 on June 15.  Such sharing and connection of stories between neighborhoods across the City mirrors the organizing work that IMAN does, in collaboration with partners from the United Congress of Community and Religious Organizations (UCCRO), to create long-term alliances that bridge cultural, racial, ethnic and religious divides. 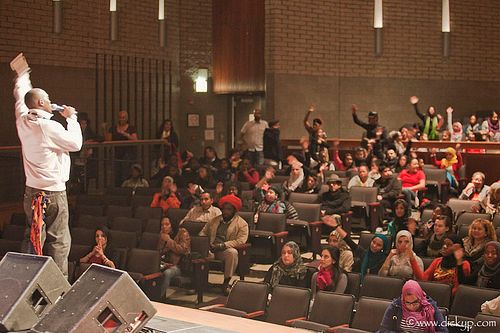 For example, October’s CommUNITY Café and September’s UCCRO Annual Convention were both held in the Little Village neighborhood.  This Café, titled Ojalá!: Connecting Voices and Visions, was a powerful collaboration between IMAN and Enlace Chicago, a longtime ally and UCCRO partner.  Its venue, Little Village Lawndale High School, and the struggle that the creation of this school required and represented, brought the evening’s theme and art together in an inspiring manner.  It reminded the audience of one neighborhood’s rich history of the collective struggle towards a more empowering vision of our world.

At the Café, beautiful and powerful musical performances by Liza Garza and Waterflow were punctuated by a multi-disciplinary performance by Cristal Truscott of Progress Theatre and Carlton Turner of MUGABEE.  There was a special visual art exhibition, “Voices and Visions,” curated by Ali Hussein and Masooma Khan from The 9/11 Project, which featured original works of art by more than ten artists.  You can view some photos from the evening here. 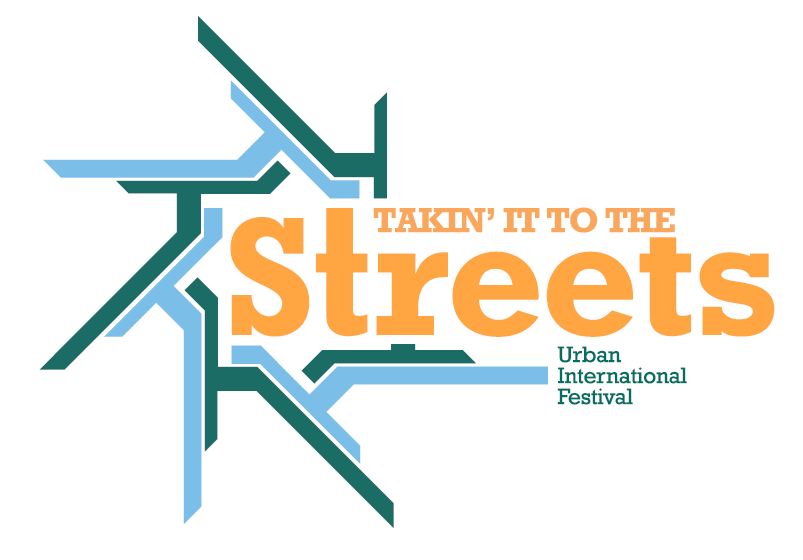 The Café’s tour of Chicago and the buildup to Streets 2013 are part of an exciting plan that IMAN Arts & Culture is working on as part of IMAN 15th Anniversary celebrations.  Stay tuned for the date and location of the first CommUNITY Café of 2013, as well updates on other events leading and building up to Streets.

If you are excited about getting involved, the first public planning meeting for Takin’ It to the Streets 2013 is being held on Saturday, December 1 at the IMAN office on 2744 West 63rd Street, Chicago, IL 60629.