Effective, grassroots organizing work is essential in the struggle to support dignified communities in urban centers nationwide, starting first with Chicago. Towards that end, IMAN organizers and leaders have spent seven years developing and refining an introductory organizing training model, rooted in core community organizing concepts, which incorporates a unique framework that speaks to the cultural, spiritual and racial diversity of IMAN’s growing nationwide base. 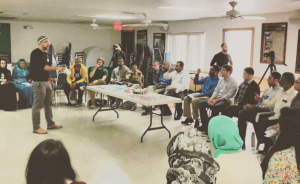 As the year began, IMAN set an ambitious goal of training 120 leaders on the foundational concepts of community organizing. We are honored and grateful for having surpassed that goal, training 150 leaders in two-day sessions held in multiple cities from the Deep South to the West Coast. More than ever before, successfully teaching IMAN’s organizing model across the country has strengthened our bonds with allied urban communities who deeply connect to our work in Chicago.

This month, we had the opportunity to train an extraordinary, diverse group of over 50 students and activists in Los Angeles. IMAN partnered with Bayan Claremont College for a weeklong organizing intensive where participants learned best practices when engaging their respective communities, the importance of understanding self-interest, and the necessity of lifting up our voices. 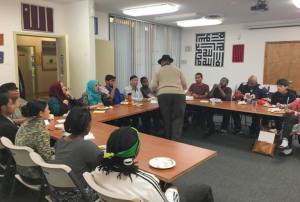 Back at headquarters, over 20 experienced IMAN leaders completed our ‘Organizing Training 2.0’, facilitated by legendary organizer Don Washington. The session gave leaders the chance to dissect and analyze power and test their mettle in a robust campaign strategy activity. With even bigger goals in sight for 2016, IMAN will continue to equip its leaders with the necessary tools.