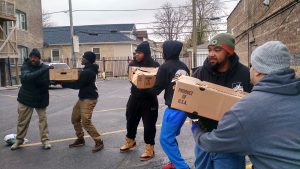 IMAN’s participation in the Chicago Muslim Turkey Drive was not simply an isolated effort. Rather, the program is part and parcel of the tradition of grassroots work that IMAN is built on, symbolizing the best of what is possible when selfless citizens convene in order to galvanize their communities. 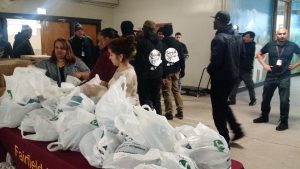 Spearheaded by Sabeel Pantry and longtime IMAN leader Jihad Shoshara, the Chicago Muslim Turkey Drive received high-profile news coverage from several noted local media outlets. More importantly though, smiles beamed across the faces of hundreds of South Side residents that day as they picked up their turkeys. Such proactive outreach is a powerful reminder of the role that dignified, direct service plays in the betterment of our city.