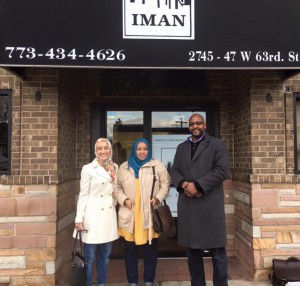 Inner-City Muslim Action Network, (IMAN) is pleased to announce the IMAN Atlanta Project. This project comes after several years of working closely with leaders in Atlanta and successfully training local community organizers. The Atlanta team will serve under the leadership of Mansoor Sabree, who is IMAN’s first Regional Community Organizer.

In keeping with IMAN’s vision, the Atlanta team will work to “uphold the Muslim tradition of facilitating transformational change in urban communities, by inspiring others towards critical civic engagement and exemplifying prophetic compassion in the work for meaningful social justice and human dignity beyond the barriers of religion, ethnicity, and nationality.” IMAN Atlanta looks to expound upon the 18-year model of IMAN—”Change, Serve, Inspire”—within the Atlanta Community.

“It is clear to me that IMAN is dedicated to leading the prophetic model of serving others. I too share this vision, and I’m very excited to join the IMAN Team.” – Mansoor Sabree