Sen. Durbin participated in a community conversation during which SWOP, IMAN and Sinai Health Systems representatives shared reflections and engaged him with calls to action around the pressing issues of trauma and violence in the area. The meeting was hosted inside of Holy Cross Hospital’s newly opened Behavioral Health Center, which offers both inpatient and outpatient treatment. 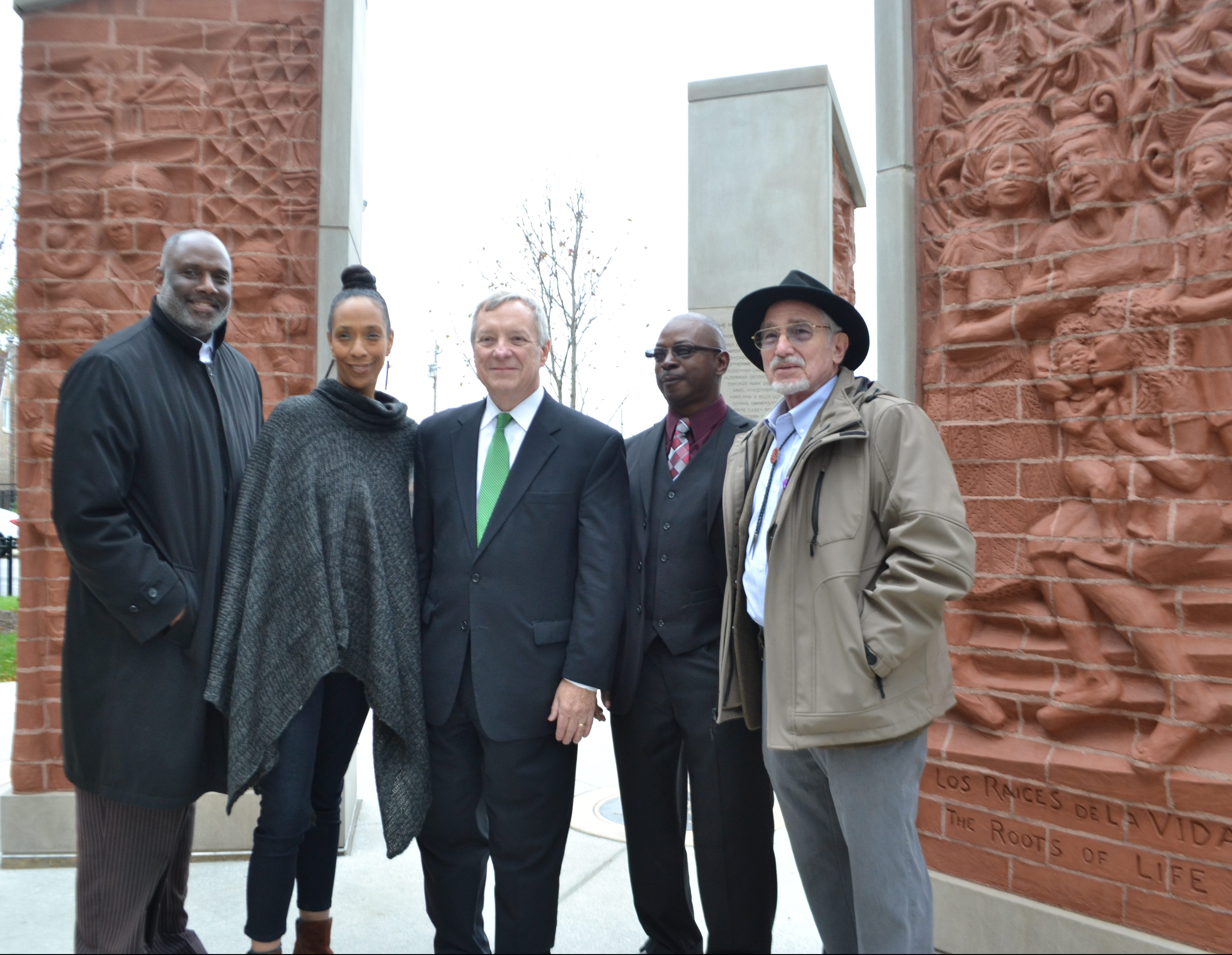 Following the community conversation, Sen. Durbin toured the MLK Living Memorial with IMAN staff and various members of the Local Task Force that helped make the memorial a success. After experiencing the MLK Living Memorial, Sen. Durbin then joined Local Task Force members for a celebration luncheon at historic Beth Shalom synagogue. Fifty years prior, the synagogue served as a safe house for organizers and protestors working to reshape the future of Marquette Park. Now, on that continued journey to justice, a dynamic, diverse collection of community leaders gathered in that same space in order to celebrate the collective successes and reflect on challenges left awaiting.

We thank Sen. Durbin for visiting, and thank all the members of the MLK Living Memorial Local Task Force for their tireless efforts in mobilizing the Marquette Park community behind this project.