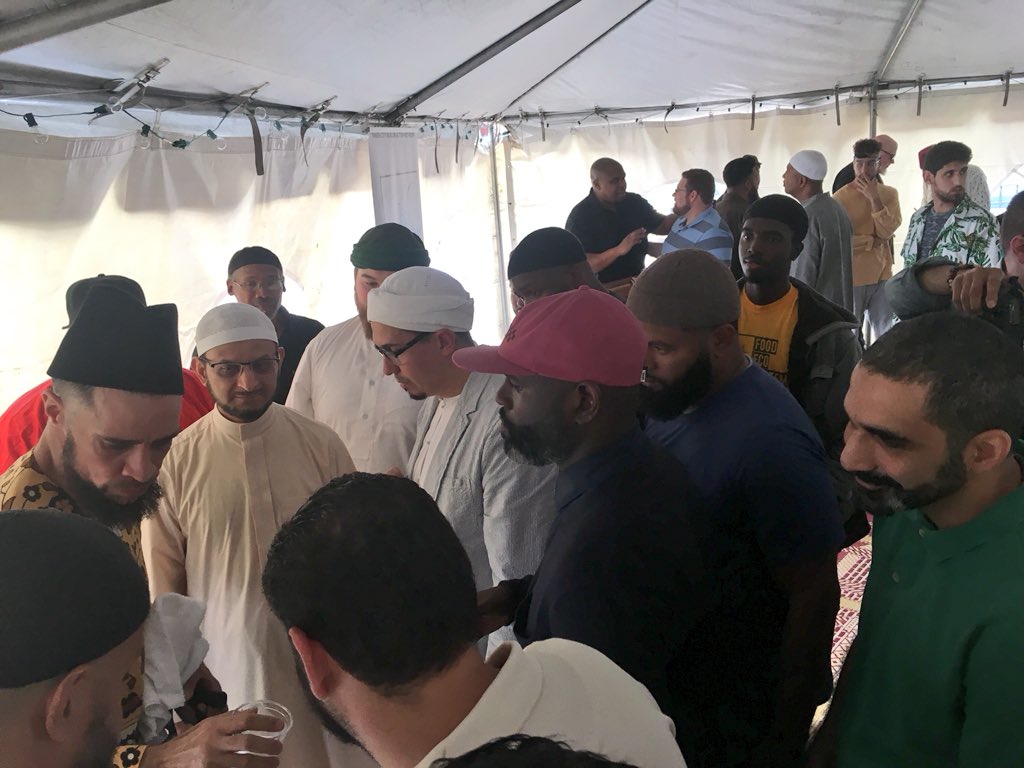 Usama Canon has served as a spiritual advisor to IMAN for many years, and he met with dozens of staff and leaders after the jum’ah prayer. He acquainted his teacher–Syed Umar–with the IMAN community, and facilitated a touching introduction between Syed Umar, Shirley Muhammad, the wife of the celebrated Imam WD Mohammed, and IMAN board member Laila Muhammad, his daughter. 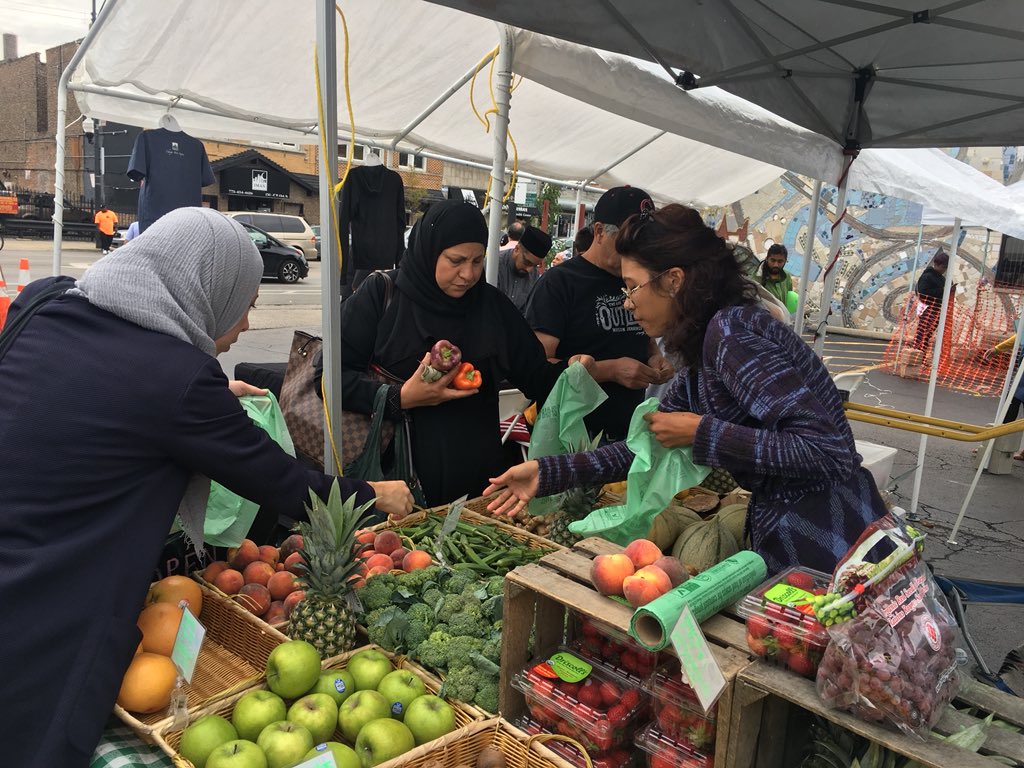 Throughout the afternoon, guests also enjoyed an expanded Fresh Beats & Eats Farmers Market commemorating the Eid al-Adha holiday. A free, catered lunch was distributed to all in attendance, while Ronnie Malley and his internationally acclaimed trio provided captivating musical performances to celebrate the Eid season. The market featured children’s activities like a petting zoo, and an inflatable bounce house. With the school year right around the corner, IMAN gave out dozens of free backpacks stocked with supplies to young students. IMAN’s annual Eid Al-Adha celebration represents an important opportunity to bring community members together to learn about and share in the spiritual bounties of this special moment.