Community Café: Rebuild not only hit the right notes musically and artistically for me, but it also hit upon a theme and an idea that I have been thinking much about recently: the relationship between the lands and spaces we claim as ours, and the many personal and social crises that we face in our lives and in our communities.  It may be that one way of turning many of these crises around is to imagine and create new relationships with our lands and spaces.  We need to reclaim our spaces and rebuild our places, if we are to transform our communities.

If imagination and creativity is what we need, then April’s Community Café had plenty of both on display.  From spoken word, to world fusion and hip hop music, to visual art, the audience was treated to an entertaining and thought-provoking show all evening.  Vintage Community Café stuff, and perfectly timed too, Saturday, April 21 being the night before Earth Day. 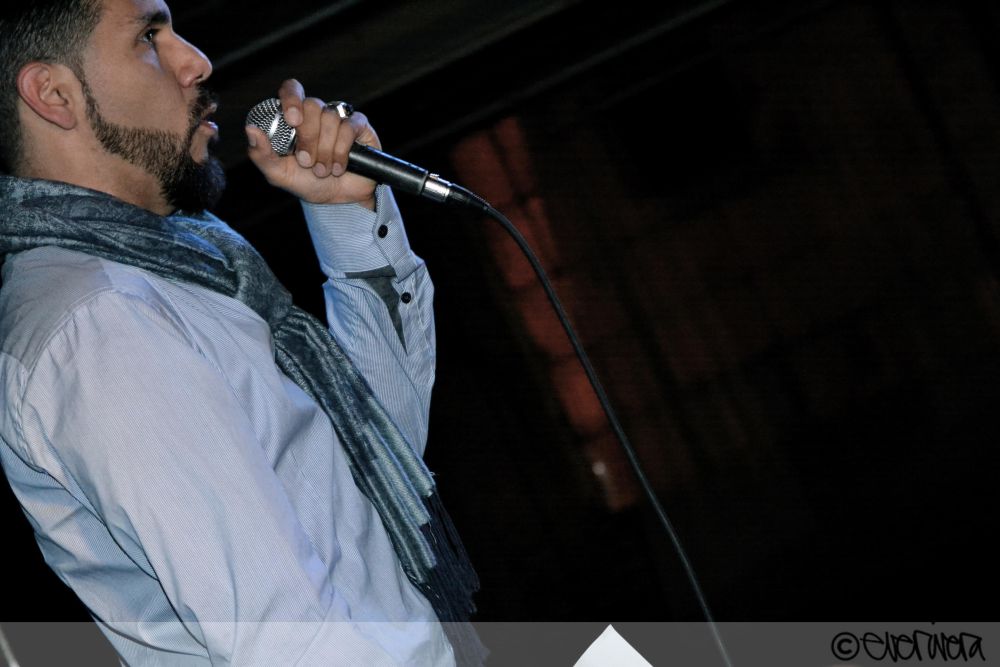 The evening started with spoken-word artist and community builder Mark Gonzales setting the tone with his rhymes about “homes, ‘hoods and hearts,” and of course “healing.” He spit verses that were about stolen lands and stolen lives, and about resiliency and resistance. But, ultimately, his poetry was about transformation and transcendence. The audience certainly seemed transformed by the powerful stuff.

Next up was Zeshan Bagewadi with his new band Zamin, which means earth or land in Hindi.  Bagewadi has been a favorite of Café audiences for a while, but few in the audience that night could have really known what a treat they were in for, with Zamin’s blending of western classical instruments and Bagewadi’s fresh take on some classic South Asian poetry.  This musical fusion reflects the authentic and imaginative crossover experiences of the band members and does not sound contrived; fusion done right.  It is easy to see great things in the future for this young band.

Talking of Café audience favorites and a great future, hip hop duo-couple Big Samir and Aja Black of The ReMINDers brought the crowd – or at least a part of it – to its feet, as they always do, when they mixed some of our most favorite songs, from their first album, “Recollect,” with new songs from the upcoming sophomore album, during their set that closed out the evening.  While it is always moving, literally, to hear The ReMINDers sing anything from “Recollect,” the tracks they played off the upcoming album left us waiting eagerly for its release.

While The ReMINDers brought many of us to our feet, what brought the house down at the end of the show was a song that they collaborated on with Zeshan Bagewadi.  Three great vocalists, two languages, one great song! 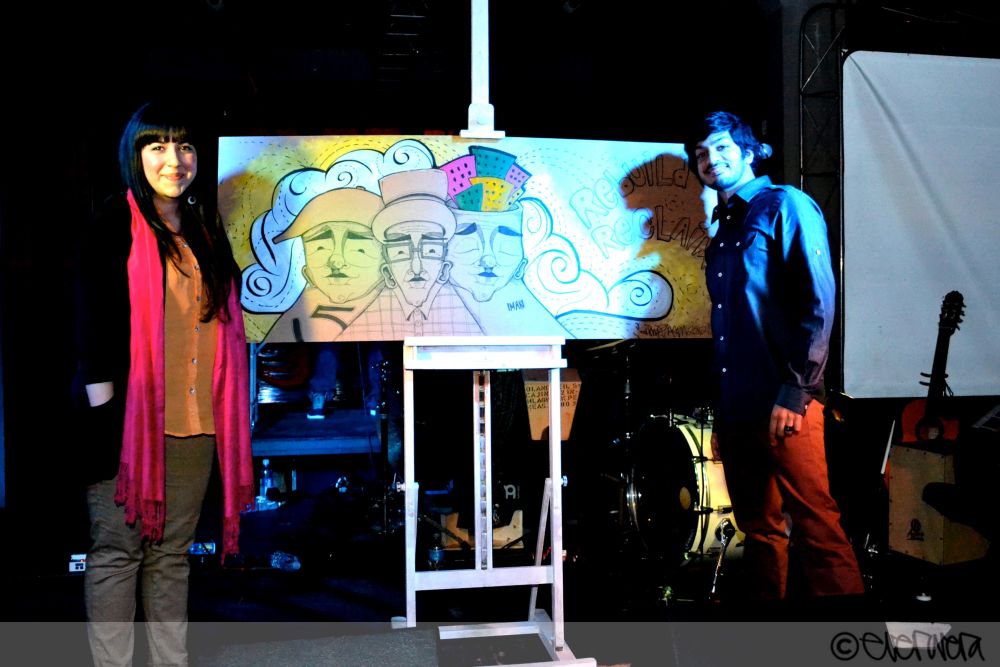 We were surrounded not only by great music that night, but also by beautiful visual art from Asma Inam, an up and coming graphic designer from Canada.  Visual art is a powerful way to reclaim spaces, public and private, from neighborhoods to places of worship.  In that spirit, Inam created live art during the show called “Rebuild, Reclaim.” Both the creative process and the final piece were a sight to behold.

Throughout the night, the music and art at the Community Café connected with and highlighted all the work that IMAN has been doing to reclaim housing and neighborhoods as part of its community building initiatives over the last few years.