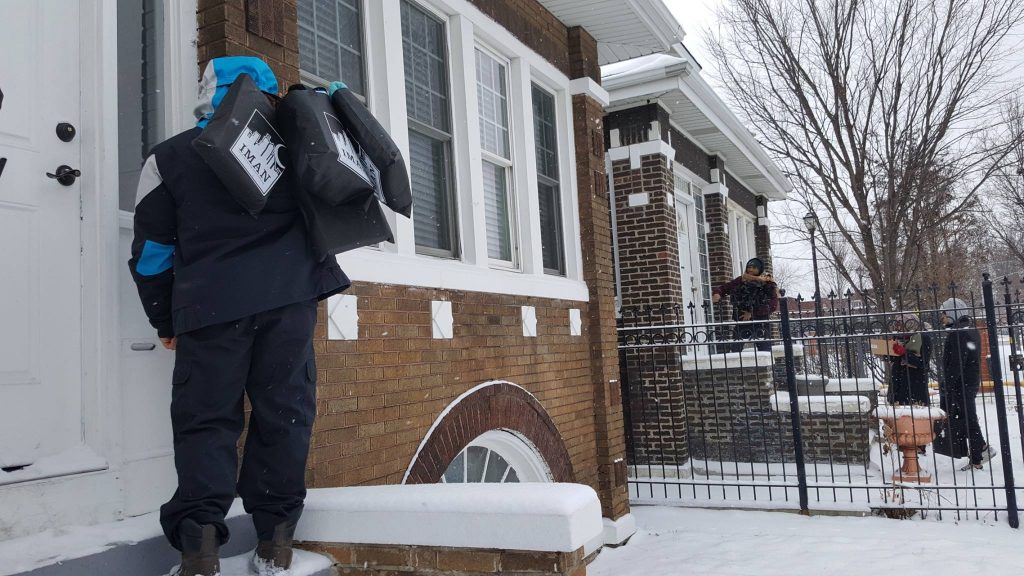 This MLK Day, dozens of leaders took to Marquette Park’s streets to strengthen their relationships with local residents and build new bonds with neighbors not yet connected to IMAN’s work. As a gesture of appreciation and a continuation of Dr. King’s call for a “beloved community”, organizers led the assembly and distribution of 200 MLK Legacy Bags filled with bus passes, warm blankets and informational materials to families within a half-mile of IMAN’s Chicago office. Also included in each Legacy Bag was a graphic representation of the political and social demands that Dr. King famously nailed to the door of Chicago’s City Hall in 1966; residents were encouraged to reflect on the progress made on those demands since that historic day.

Steady snow fell throughout the morning as the teams of leaders made their rounds. They were joined by the entire cohort of Green ReEntry brothers, who provided complimentary snow shoveling service to each block. 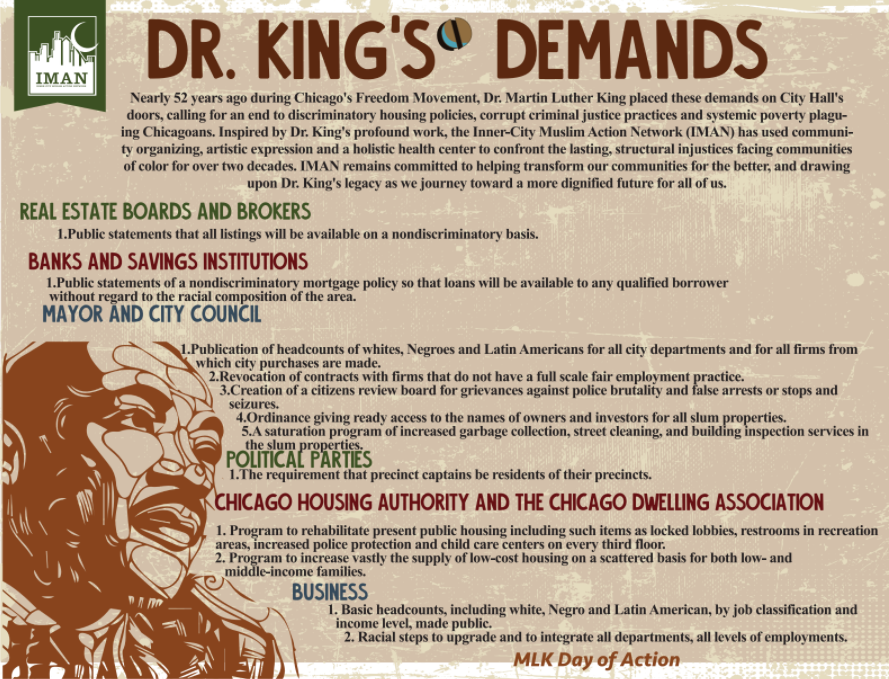 Following the day’s outreach efforts, both the cohort and leaders enjoyed the opportunity to share one another’s stories over lunch. The discussion was guided by IMAN organizers Shamar Hemphill and Sara Hamdan, and centered on the relevance of King’s Chicago campaigns to their present-day lived experiences.

As IMAN honors the enduring legacy of Dr. King, we also lift up the life and impact of a beloved educator and mentor to young students across Chicago’s Southwest Side: Mr. Victor Harbison. A long time civics and history teacher at nearby Gage Park High School where many of IMAN’s youth leaders were his students, Harbison recently passed away. His passion for justice and pride in developing young leaders rooted in the community was felt by all who were fortunate to have known him. Harbison played a key role in the establishment of the Martin Luther King, Jr. Living Memorial. 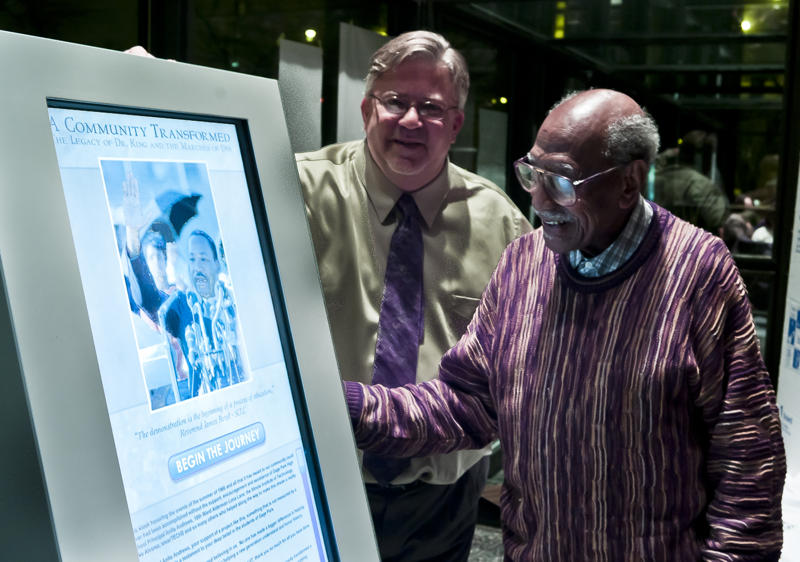 Alongside his students, he spearheaded an archival project highlighting Dr. King’s seminal 1966 housing march through Marquette Park. Their research and diligence laid the foundation for the memorial which today stands as a testament to the grassroots organizing tradition. Please click here to learn more about Mr. Harbison’s preservation of this history, and keep his family in your thoughts and prayers.