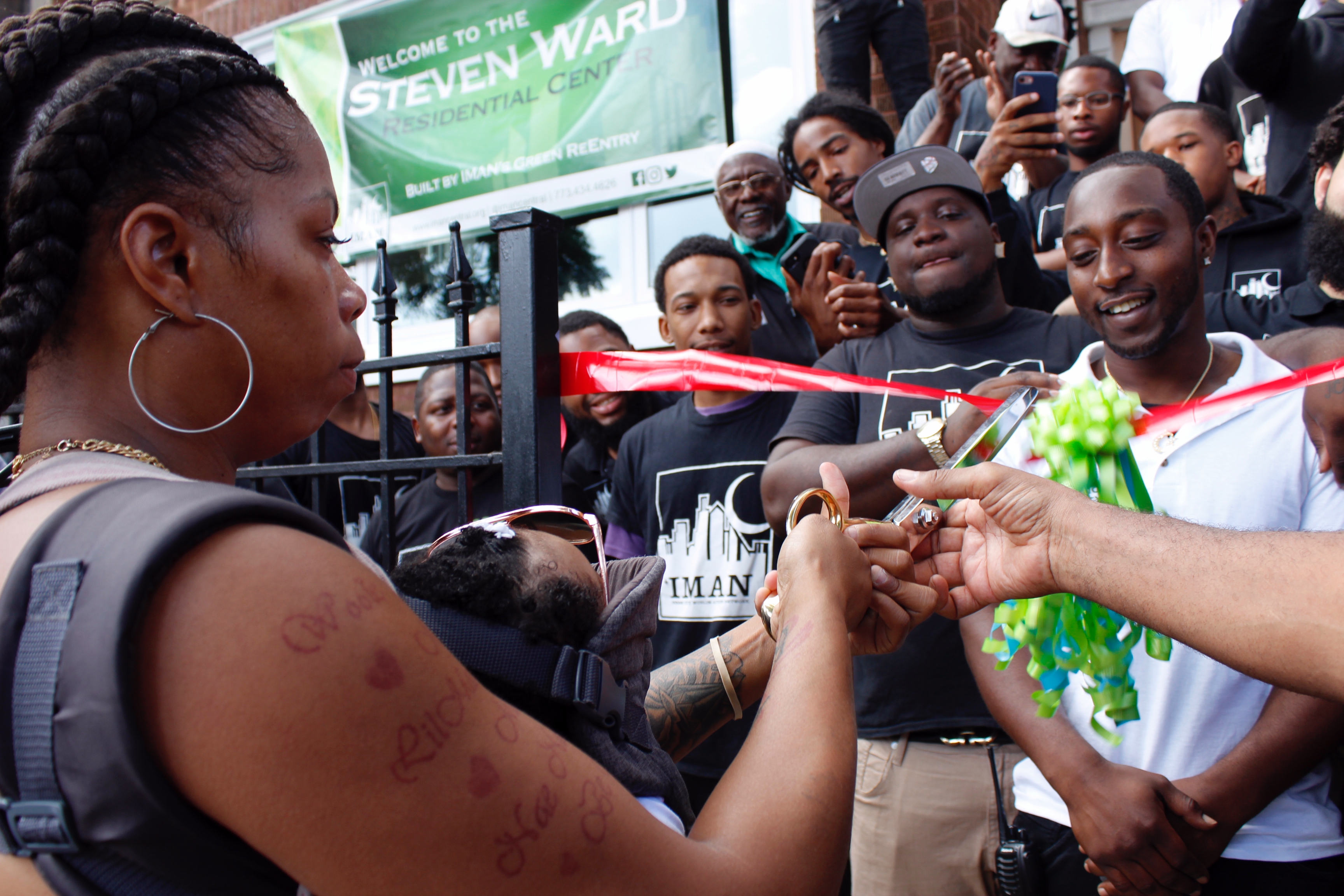 In Chicago, the soon-to-be graduating Green ReEntry cohort gathered with neighbors and community leaders to celebrate the opening of the Steven Ward Residential Center. Steven Ward was a member of the Green ReEntry program who was tragically killed in December 2017. He helped begin the renovation of this new housing facility alongside his fellow cohort members, who completed the project and named it in Steven’s honor. Ward’s fiancé, who was with him at the time of his tragic death, cut the ribbon with their newborn daughter in her arms, and was among the first to tour the new home.

IMAN mobilizes artistic expression has been a powerful healing tool for the Green ReEntry program. During the ribbon cutting, members of IMAN’s Artist Roster including Tammy McCann and PHENOM delivered powerful performances, and Famous Inky (who is also part of the Green ReEntry cohort) wowed attendees with an impromptu performance–an ode to his program mates. Just before the ceremony came to a close, a specially designed ceramic memorial which was created inside IMAN’s Beloved Community Ceramic Studio, was unveiled. Cohort member James Collins, who contributed to the project shared reflections on the restorative and positive impact IMAN’s arts opportunities have had on his life. The artwork–a beautiful, mirrored mosaic with Steven’s silhouette in the center– will be installed on the front of the home, and features the handprints and signatures of dozens of Steven’s friends and colleagues.

The Chicago-based cohort will be graduating on Thursday, November 8 after completing 18 months of training. Please keep all the Green ReEntry participants, instructors and case workers in your prayers as they continue to transform lives and communities. For more info about Green ReEntry, please contact greenreentry@imancentral.org.